It’s my wife’s birthday soon and she’s been leaving jewelry catalogs all over the house.
She'll be happy to know I got the hint.
I got her a magazine rack!

A new Mercedes owner was out on an interstate for a nice eveningdrive. The top was down, the breeze was blowing through what wasleft of his hair and he decided to open her up.
As the needle jumped up to 80mph he suddenly saw a flashing red andblue light behind him. "There ain't no way they can catch aMercedes," he thought to himself and opened her up further. Theneedle hit 90, 100 110 and finally 120 with the lights still behindhim.
"What in the world am I doing?" he thought and pulled over. The copcame up to him, took his license without a word, and examined it and the car. "I've had a tough shift and this is my last pull-over. Idon't feel like more paperwork so if you can give me an excuse foryour driving that I haven't heard before, you can go!"
"Last week my wife ran off with a cop," the man said, "and I wasafraid you were trying to give her back!"

While carpenters were working outside the old house I had just bought, I busied myself with indoor cleaning.

I had just finished washing the floor when one of the workmen asked to use the bathroom. With dismay, I looked from his muddy boots to my newly-scrubbed floors.

"Just a minute," I said, thinking of a quick solution. "I'll put down some newspapers for you."

Are archers into arrow...

Are archers into arrow dynamics?
#joke #short
Joke | Old joke from joke of the day archives - Check out other old jokes Saturday, 26 March 2011

Two Irishmen, Patrick & Michael, were adrift in a lifeboat following a dramatic escape from a burning freighter. While rummaging through the boat's provisions, Patrick stumbled across an old lamp. Secretly hoping that a genie would appear, he rubbed the lamp vigorously. To the amazement of Patrick, a genie came forth.r>r> This particular genie, however, stated that he could only deliver one wish, not the standard three. Without giving much thought to the matter, Patrick blurted out, "Make the entire ocean into Guinness!" The genie clapped his hands with a deafening crash, and immediately the entire sea turned into the finest brew ever sampled by mortals. Simultaneously, the genie vanished. r>r> Only the gentle lapping of Guinness on the hull broke the stillness as the two men considered their circumstances. Michael looked disgustedly at Patrick whose wish had been granted. After a long, tension-filled moment, he spoke: r>r> "Nice going Patrick! Now we're going to have to pee in the boat."
#joke
Joke | Old joke from joke of the day archives - Check out other old jokes Wednesday, 18 November 2009 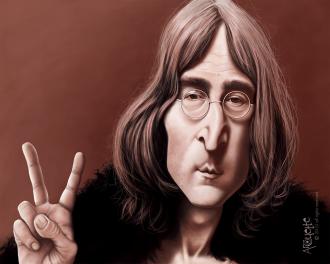 Why dont women have crazy men stories? I dont really hear them. And then I realized, its because if you got a crazy boyfriend, youre going to die. Just something about men, the second they realize theyre crazy, its like, Time to kill everything I love.
#joke #short
Joke | Old joke from joke of the day archives - Check out other old jokes Friday, 18 November 2011

When you get called the n-word, as a black person you can do anything. Its like getting a gold star in Super Mario Brothers and junk. I hear the music when I hear the n-word. I get right into it; I get really into it. You can do anything. You could be in a fancy restaurant -- just start throwing poop at the walls. People be like, What are you doing? Someone called him the n-word.
#joke
Joke | Old joke from joke of the day archives - Check out other old jokes Thursday, 18 November 2010

First Thing to do after Jail

Bad Bernie was in prison for seven years. The day he got out, his wife and son were there to pick him up. He came through the gates and got into the car.

His wife turned to him and answered, "E.F."