Many elderly grandmothers are

News Correspondent: Why did yo

News Correspondent: Why did you flee from the police and start a dangerous car chase that caused multiple wrecks along the I-9 freeway?
Prisoner: Well you see ma'am, my buddy and me were talking and he runs a towing company. He said business had been really slow lately. He told me if I could wreck at least 15 cars he could get me free room and board, 3 free meals a day, and I wouldn't have to work another day in my life.

A Lumberjack Once Told Me

A college pizza delivery boy a

A college pizza delivery boy arrived at the house of Mr.Smith. He delivered the pizza to his trailer. After giving it to him, Mr. Smith asked: "What is the usual tip?"
"Well," replied the youth, "this is my first trip here, but the other guys say if I get a quarter out of you, I'll be doing great."
"Is that so?" snorted Mr. Smith. "Well, just to show them how wrong they are, here's five dollars."
"Thanks," replied the youth, "I'll put this in my school fund."
"What are you studying in school?" asked Larry.
The lad smiled and said: "Applied psychology."

Finding one of her students making faces at others on the playgroung, Ms. Smith stopped to gently reprove the child. Smiling sweetly, the Sunday School teacher said " Bobby, when I was a child I was told if that if I made ugly faces, my face would freeze and stay like that". 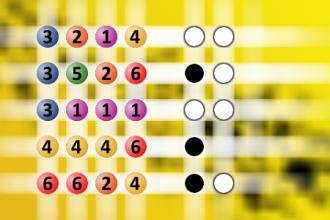 If you are on Facebook, I am sure you will find this hilarious.
The 76-year-old woman walked down the hallway of Clearview Addictions Clinic, searching for the right department. She passed signs for the "Heroin Addiction Department (HAD)," the "Smoking Addiction Department (SAD)" and the "Bingo Addiction Department (BAD)." Then she spotted the department she was looking for: "Facebook Addiction Department (FAD)."
It was the busiest department in the clinic, with about three dozen people filling the waiting room, most of them staring blankly into their Blackberries and iPhones. A middle-aged man with unkempt hair was pacing the room, muttering,"I need to milk my cows. I need to milk my cows."
A twenty-something man was prone on the floor, his face buried in his hands, while a curly-haired woman comforted him.
"Don't worry. It'll be all right."
"I just don't understand it. I thought my update was LOL-worthy, but none of my friends even clicked the 'like' button."
"How long has it been?"
"Almost five minutes. That's like five months in the real world."
The 76-year-old woman waited until her name was called, then followed the receptionist into the office of Alfred Zulu, Facebook Addiction Counselor.
"Please have a seat, Edna," he said with a warm smile. "And tell me how it all started."
"Well, it's all my grandson's fault. He sent me an invitation to join Facebook. I had never heard of Facebook before, but I thought it was something for me, because I usually have my face in a book."
"How soon were you hooked?"
"Faster than you can say 'create a profile.' I found myself on Facebook at least eight times each day -- and more times at night. Sometimes I'd wake up in the middle of the night to check it, just in case there was an update from one of my new friends in India . My husband didn't like that. He said that friendship is a precious thing and should never be outsourced."
"What do you like most about Facebook?"
"It makes me feel like I have a life. In the real world, I have only five or six friends, but on Facebook, I have 674. I'm even friends with Juan Carlos Montoya."
"Who's he?"
"I don't know, but he's got 4,000 friends, so he must be famous."
"Facebook has helped you make some connections, I see."
"Oh yes. I've even connected with some of the gals from high school -- I still call them 'gals.' I hadn't heard from some of them in ages, so it was exciting to look at their profiles and figure out who's retired, who's still working, and who's had some work done. I love browsing their photos and reading their updates. I know where they've been on vacation, which movies they've watched, and whether they hang their toilet paper over or under. I've also been playing a game with some of them."
"Let me guess. Farmville?"
"No, Mafia Wars. I'm a Hitman. No one messes with Edna."
"Wouldn't you rather meet some of your friends in person?"
"No, not really. It's so much easier on Facebook. We don't need to gussy ourselves up. We don't need to take baths or wear perfume or use mouthwash. That's the best thing about Facebook -- you can't smell anyone. Everyone is attractive, because everyone has picked a good profile pic. One of the gals is using a profile pic that was taken, I'm pretty certain, during the Eisenhower Administration. "
"What pic are you using?"
"Well, I spent five hours searching for a profile pic, but couldn't find one I really liked. So I decided to visit the local beauty salon."
"To make yourself look prettier?"
"No, to take a pic of one of the young ladies there. That's what I'm using."
"Didn't your friends notice that you look different?"
"Some of them did, but I just told them I've been doing lots of yoga."
"When did you realize that your Facebooking might be a problem?"
"I realized it last Sunday night, when I was on Facebook and saw a message on my wall from my husband: 'I moved out of the house five days ago. Just thought you should know.'"
"What did you do?"
"What else? I unfriended him of course!"
#joke
Joke | Old joke from joke of the day archives - Check out other old jokes Thursday, 15 December 2011

A blonde is speaking to a psychiatrist.

Blonde, "I'm on the road a lot, and my clients are

complaining that they can never reach me."

Psychiatrist, "Don't you have a phone in your car?"

Blonde, "That was a little too expensive, so I did the next

best thing. I put a mailbox in my car."

Blonde, "Actually, I haven't gotten any letters yet."

Psychiatrist, "And why do you think that is?"

Blonde, "I figured it's because when I'm driving around, my

I dont drink, and I dont do drugs, but Ill take a pill. Ill take any pill, you know what I mean? Cause pills cant hurt me! Cause theyre made by companies.
#joke #short
Joke | Old joke from joke of the day archives - Check out other old jokes Thursday, 15 December 2011