So my twin brother called me from prison

He said, "So you know how we finish each others' sentences?"

#joke #short
Joke | Source: Reddit Jokes: Get Your Funny On! - The funniest sub on reddit. Hundreds of jokes posted each day, and some of them aren't even reposts!

The volunteers arrived in a dilapidated old fire truck. They rumbled straight towards the fire, drove right into the middle of the flames and stopped! The firemen jumped off the truck and frantically started spraying water in all directions. Soon they had snuffed out the center of the fire, breaking the blaze into two easily-controlled parts.

"That ought to be obvious," he responded, wiping ashes off his coat. "The first thing we're gonna do is get the brakes fixed on our fire truck!" 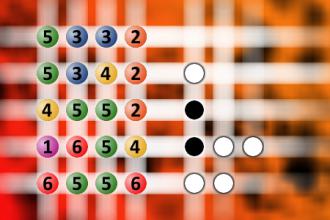 A store manager Bob stopped by a small manufacturing plant he spotted during his last trip through a part of the countryside in the hopes of gaining another client in the area.

However, little did Bob know that the plant manager was going to be a tough customer to please.

With a broad smile and a reassuring tone, Bob handed the plant manager a beautiful box of cigars as a gift, but the man barely gave it a sideways glance before he said,

"No cigars for me, thank you. I smoked one once, and it was horrible."

Bob is nothing if not prepared, so he offered to take the plant manager out for a few beers, but again the suggestion missed the mark.

"No alcohol for me, thank you. I drank it once, and it was horrible."

Not ready to give up just yet, Bob got a bright idea as he looked out the window and saw people playing golf.

"That's quite alright," he told the plant manager.

"How about you come and play a round of golf at my club as my personal guest?"

However, for the third time, Bob's luck struck out, as the plant manager replied,

"No golf for me, thank you. I played the sport once, and it was horrible.

" The plant manager had barely finished his sentence when a young man joined them at the table.

"Let me introduce my son, Jason,"

the plant manager said. Surprised, Bob gave the young man a quick once over before he replied,

A blonde, wanting to earn some...

A blonde, wanting to earn some extra money, decided to hire herself out as a "handy-woman" and started canvassing a nearby well-to-do neighborhood. She went to the front door of the first house, and asked the owner if he had any odd jobs for her to do.
"Well, I guess I could use somebody to paint my porch," he said, "How much will you charge me?"
The blonde quickly responded, "How about $50?"
The man agreed and told her that the paint and everything she would need were in the garage.
The man's wife, hearing the conversation, said to her husband, "Does she realize that our porch goes all the way around the house?"
He responded, "That's a bit cynical, isn't it?"
The wife replied, "You're right. I guess I'm starting to believe all those 'dumb blonde' jokes we've been getting by e-mail lately."
A short time later, the blonde came to the door to collect her money.
"You're finished already?" the husband asked.
"Yes," the blonde replied, "and I had paint left over, so I gave it two coats."
Impressed, the man reached into his pocket for the $50.00 and handed it to her.
"And by the way," the blonde added, "it's not a Porch, it's a Lexus."

Build Me a Bridge

A man walking along a California beach was deep in prayer. Suddenly the sky clouded above his head and, in a booming voice, the Lord said, "Because you have TRIED to be faithful to me in all ways, I will grant you one wish."
The man said, "Build a bridge to Hawaii so I can drive over anytime I want."The Lord said, "Your request is very materialistic. Think of the enormous challenges for that kind of undertaking. The supports required to reach the bottom of the Pacific! The concrete and steel it would take! It will nearly exhaust several natural resources. I can do it, but it is hard for me to justify your desire for worldly things. Take a little more time and think of something that would honor and glorify me."
The man thought about it for a long time. Finally he said, "Lord, I wish that I could understand my wife. I want to know how she feels inside, what she's thinking when she gives me the silent treatment, why she cries, what she means when she says ‘nothing's wrong,’ and how I can make a woman truly happy."
The Lord replied, "You want two lanes or four on that bridge?"
#joke
Joke | Source: Belief net - Joke of the day, features on religion, spirituality, faith

A 90-year-old man said to his doctor, "I've never felt better. I have an18-year-old bride who is pregnant with my child. What do you think about that?"
The doctor considered his question for a minute and then said, "I have anelderly friend who is a hunter and never misses a season. One day when he wasgoing out in a bit of a hurry, he accidentally picked up his umbrella insteadof his gun. When he got to the Creek, he saw a beaver sitting beside thestream. He raised his umbrella and went, 'bang, bang' and the beaver fell dead.What do you think of that?"
The 90-year-old said, "I'd say somebody else shot that beaver."
The doctor replied, "My point exactly."

What do you call an elephant with a machine gun?
Sir!

What can an elephant with a machine gun call you?
Anything he likes!

What do you call an elephant that's small and pink?
A failure!

What do you give an elephant with big feet?
Plenty of room!

Tarzan was tired when he came home.
"What have you been doing", asked Jane.
"Chasing a herd of elephants on vines"
"Really?", said Jane. "I thought elephants stayed on the ground!"
What would happen if an elephant sat in front of you at the movies?
You would miss most of the film!

What steps would you take if you were being chased by an elephant?
Big ones!

What do you find in an elephants graveyard?
Elephantoms!

Why do elephants have wrinkly ankes?
Because their shoes are too tight!