It was George the Mailman's l

It was George the Mailman's last day on the job after 35 years of carrying the mail through all kinds of weather to the same neighborhood. When he arrived at the first house on his route, he was greeted by the whole family who congratulated him and sent him on his way with a tidy gift envelope.
At the second house, they presented him with a box of fine cigars. The folks at the third house handed him a selection of terrific fishing lures.
At the fourth house, he was met at the door by a strikingly beautiful blonde woman in a revealing negligee. She took him by the hand, gently led him through the door, which she closed behind him, and took him up the stairs to the bedroom where she blew his mind with the most passionate love he had ever experienced.
When he had enough, they went downstairs and she fixed him a giant breakfast: eggs, potatoes, ham, sausage, blueberry waffles, and fresh-squeezed orange juice. When he was truly satisfied, she poured him a cup of steaming coffee. As she was pouring, he noticed a dollar bill sticking out from under the cup's bottom edge. "All this was just too wonderful for words," he said, "But what's the dollar for?"
"Well," she said, "Last night, I told my husband that today would be your last day, and that we should do something special for you. I asked him what to give you. He said, 'Screw him. Give him a dollar.' The breakfast was my idea."

Two bowling teams, one all blo

Two bowling teams, one all blondes, one all bruneettes, charter a double-decker bus for a weekend bowling tournament in Atlantic City.
The brunette team rides on the bottom level of the bus, the blonde team rides on the top level.
The brunette team, down below, is whooping it up and having a great time until one of them realizes she doesn't hear anything from the blondes upstairs, and she decides to investigate.
When the brunette reaches the top, she finds the blonde team staring straight ahead at the road, frozen in fear, clutching the seats in front of them with white knuckles.
"Whats going on up here?" asks the brunette. "We're having a great time downstairs!"
"Yeah," screams a terrified blonde, "but you've got a driver!"

A blind man enters a Ladies Bar by mistake. He finds his way to a bar stool and orders a drink. After sitting there for a while, he yells to the bartender, "Hey, you wanna hear a blonde joke?"
The bar immediately falls absolutely quiet.
In a very deep, husky voice, the woman next to him says, "Before you tell that joke, sir, you should know five things:
1 - The bartender is a blonde girl.
2 - The bouncer is a blonde gal.
3 - I'm a 6-foot tall, 200-pound blonde woman with a black belt in karate.
4 - The woman sitting next to me is blonde and is a professional weight lifter.
5 - The lady to your right is a blonde and is a professional wrestler.
Now think about it seriously, Mister. Do you still wanna tell that joke?"
The blind man thinks for a second, shakes his head, and declares, "Nah, not if I'm gonna have to explain it five times." 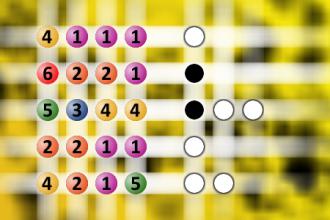 A blonde and milk baths

A blonde heard that milk baths would make her beautiful. She left anote for her milkman to leave 25 gallons of milk.When the milkman read the note, he felt there must be a mistake. Hethought she probably meant 2.5 gallons. So he knocked on the door toclarify the point. The blonde came to the door and the milkman said,"I found your note asking me to leave 25 gallons of milk. Did you mean2.5 gallons?"
The blonde said, "I want 25 gallons. I'm going to fill mybathtub up with milk and take a milk bath so I can look young andbeautiful again."
The milkman asked, "Do you want it pasteurized?"
The blonde said, "No, just up to my boobs. I can splash it on my eyes."

The Sheriff in a small town wa

A blonde pushes her BMW into a gas station. She tells the mechanic it died.
After he works on it for a few minutes, it is idling smoothly.
She says, "What's the story?"
He replies, "Just crap in the carburetor"
She asks, "How often do I have to do that?"

A blonde has sharp pains in he

A blonde has sharp pains in her side. The doctor examines her and says, "You have acute appendicitis."
The blonde says, "That's sweet, doc, but I came here to get medical help."

A blonde was walking her dogs

A blonde was walking her dogs when a man walking in the opposite direction says, "Oh my, you have such beautiful dogs. What are their names?"
The blonde replies, "Well, the taller one is Timex and the shorter one is Rolex."
The man responds, "Huh, that's interesting. Why did you name them such names?"
The blonde sighs and shakes her head, "Everyone keeps asking me the same thing... duhh, what else would you name your watch dogs?"

A blonde and her husband are l

A blonde and her husband are lying in bedlistening to the next door neighbor's dog.It has been in the backyardbarking for hours and hours.
The blonde jumps out of bedand says 'I've had enough of this,'and she goes downstairs.
The blonde finally comes back up to bedand her husband says'The dog is still barking, what have you been doing?'
The blonde says 'I put the dog in our backyard,let's see how THEY like it!'