Policeman jokes - jokes about policemen (1 to 10)

"A PRIEST, PLEASE!" the dying man says again. Then out of the crowd steps a little old Jewish man of at least eighty years of age."Mr. Policeman," says the man, "I'm not a priest. I'm not even a Catholic. But for fifty years now I've been living behind St. Mary's Catholic Church on Third Avenue, and every Friday night I listen to the Catholic litany. Maybe I can be of some comfort to this man."The policeman agrees and brings the octogenarian over to where the dying man lay. He kneels down, leans over the injured man, and says in a solemn voice:"B - 4. I - 19. N - 38. G - 54. O - 72."
#joke #policeman #friday
Joke | Source: Belief net - Joke of the day, features on religion, spirituality, faith

After a day of fishing at a ne

After a day of fishing at a nearby island, Bob was on his way home. No sooner had he crossed the bridge to the mainland, that he saw a policeman following him with his lights flashing. Bob pulled over, like a good citizen.
The cop walked up to the window and said, "You know how fast you were going, boy?"
Bob thought for a second and said, "Uhh, 60?"
"67 mph, son! 67 mph in a 55 zone!" said the cop.
"But if you already knew, officer" replied Bob, "why did you ask me?"
Fuming over Bob's answer, the officer growled, in his normal sarcastic fashion, "That's speeding and you're getting a ticket and a fine!" The cop took a good close look at Bob, in his stained fishing attire and said, "You don't even look like you have a job! Why, I've never seen anyone so scruffy in my entire life!"
Bob answered, "I've got a job! I have a good, well-paying job!"
The cop leaned in the window, smelling Bob's fish catch, said, "What kind of a job would a bum like you have?"
"I'm a rectum stretcher!" replied Bob.
"What did you say, boy?" asked the patrolman.
"I'm a rectum stretcher!" repeated Bob.
The cop, scratching his head, asked, "What does a rectum stretcher do?"
Bob explained, "People call me up and say they need to be stretched, so I go over to their house. I start with a couple of fingers, then a couple more, and then one whole hand, then two. Then I slowly pull them farther and farther apart until it's a full six feet across."
The cop, absorbed with these bizarre images in his mind, asked, "What the hell do you do with a six foot asshole?"
Bob nonchalantly answered, "You give it a radar gun and stick it at the end of a bridge!"

A policeman caught a nasty lit

A policeman caught a nasty little boy with a BB gun in one hand and a chipmunk in the other.
"Now listen here," the policeman said, "Whatever you do to that poor, defenseless creature I shall personally do to you."
"In that case," said the boy. "I'll kiss it's butt and let it go."

An American lawyer invited a C

An American lawyer invited a Czech friend to stay with him in his mountain cabin. Early in the morning, the lawyer and his Czech friend went out to pick berries for their morning breakfast. As they were picking blueberries, along came two big Bears - a male and a female.
The lawyer, seeing the two bears, climbed a tree.
His friend wasn't so lucky and the male bear caught him and swallowed him whole.
The lawyer drove his car to town as fast has he could to get a policeman. The policeman took his gun and ran to the berry patch with the lawyer.
Sure enough, the two bears were still there. "He's in that one!" said the lawyer, pointing to the male.
The policeman looked at the bears, took careful aim with his gun, and shot the FEMALE.
"What did you do that for!" shouted the lawyer, "I said he was in the other bear!"
"Exactly," answered the policeman. "Would you believe a lawyer who told you that the Czech was in the Male?" 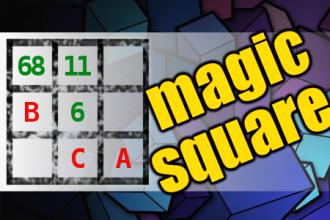 Three police officers were standing in line at the Pearly Gates.Saint Peter asked the first officer, “What did you do with your life?”“I was a police officer,” he responded.“What kind of police officer?” Saint Peter asked.“I was a vice officer. I kept drugs off the streets and out of the hands of kids.”“Welcome to heaven. You may end the gates.”He asked the second man what he did as a police officer.“I was a traffic officer,” said the man. “I kept the roads and highways safe.”“Welcome to heaven. You may enter the gates.”He asked the third man what he did as a police officer.“I was a military policeman, sir,” replied the man.“Wonderful! I’ve been waiting for you all day!” replied Saint Peter. “I need to take a break! Watch the gate, will you?”
#joke #policeman
Joke | Source: Belief net - Joke of the day, features on religion, spirituality, faith

While the pope was visiting th

A screaming, yelling mob were

A screaming, yelling mob were tearing up the High Street.
A policeman stops one runner, and asks, "What's happening?"
"A lion has escaped," he gasps.
"Which way did it go?" enquires the bobby.
"Well we're not bloody chasing it!"

A little old lady was walking

A little old lady was walking down the street dragging two large plastic garbage bags behind her. One of the bags was ripped and every once in a while a $20 fell out onto the sidewalk.
Noticing this, a policeman stopped her, and said, "Ma'am, there are $20 bills falling out of that bag."
"Oh really? Darn it!" said the little old lady. "I'd better go back and see if I can find them. Thanks for telling me officer."
"Well, now, not so fast," said the cop. "Where did you get all that money? You didn't steal it, did you?"
"Oh, no, no", said the old lady. "You see, my back yard is right next to the football stadium parking lot. On game days, a lot of fans come and pee through a knot hole in the fence, right into my flower garden. It used to really tick me off. Kills the flowers, you know. Then I thought, why not make the best of it? So, now, on game days, I stand behind the fence by the knot hole, real quiet, with my hedge clippers.
Every time some guy sticks his thing through my fence, I surprise him, grab hold of it and say, 'O.K., buddy! Give me $20, or off it comes.'"
"Well, that seems only fair," said the cop, laughing. "OK. Good luck! Oh, by the way, what's in the other bag?"
"Well, you know", said the little old lady, "not everybody pays."

Can I park here?

A man pulls up to the curb and asks the policeman, "Can I park here?"
"No," says the cop.
"What about all these other cars?"
"They didn't ask!"