In a sex survey, the question was asked - "What are the three most popular things men do after sex?"

3. Turn over and go to sleep

2. Light up a cigarette

Jim was startled to see the nonchalant way Jon was taking the fact that his lady love was seen with another man.

"You said you love her and yet you saw her with another man and you didn't knock the guy down?"

"Waiting for what?" asked Jim.

"Waiting to catch her with a smaller man."

An elderly couple had dinner at another couple's house, and after eating, the wives left the table and went into the kitchen.

The two gentlemen were talking, and one said, "Last night we went out to a new restaurant and it was really great.

I would recommend it very highly."

The other man said, "What is the name of the restaurant?"

The first man thought and thought and finally said, "What is the name of that flower you give to someone you love? You know... the one that's red and has thorns."

He then turned towards the kitchen and yelled, "Rose, what's the name of that restaurant we went to last night?"

'You know, honey,' the little old lady said. 'My nipples are as hot for you today as they were 50 years ago.'

'I'm not surprised,' replied Gramps. 'One's in your coffee and the other is in your porridge.' 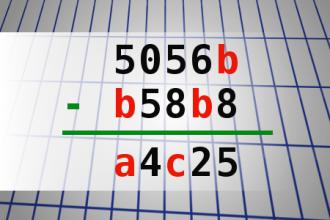 It's Not For Him, Stupid

An old couple is on a walk, when a pigeon flies by and relieves himself on the woman's head.

"What for? He must be half-a-mile away by now."

#joke #thanksgiving
Joke | Source: Joke of the day - Jokes of the day on Wordpress