“Things can go either...

“Things can go either way at a kissing gate.”

After my husband and I had a huge argument, we ended up not talking to each other for days.
Finally, on the third day, he asked where one of his shirts was.
"Oh," I said, "So now you're speaking to me."
He looked confused,
"What are you talking about?"
"Haven't you noticed I haven't spoken to you for three days?" I challenged.
"No," he said, "I just thought we were getting along."

Funny video of the day - Crazy Water Sport of the Day

Joe, a billionaire, was in a dilemma. His wife's birthday was approaching and he didn't have a clue what to gift her. There was nothing that she didn't already have.

So, when he shared his problem with a friend, the friend suggested, "I have a great idea. You can prepare a certificate for her which declares she can have three hours of great love making, and in any manner she likes. She should be delighted!"

Joe followed his friend's advise. The next day, when Joe met his friend, his buddy asked, "So, did you take my advice? How did it go? Did you have fun?"

Why do fat chance and slim chance mean the same thing?

Before they invented drawing boards, what did they go back to?

If one synchronized swimmer drowns, do the rest have to drown too?

If work is so terrific, how come they have to pay you to do it?

If you're born again, do you have two bellybuttons?

If you ate pasta and antipasto, would you still be hungry?

If you try to fail, and succeed, which have you done?

Is a castrated pig disgruntled?

Why are hemorrhoids called 'hemorrhoids' instead of 'asteroids'?

Why is the alphabet in that order? Is it because of that song?

Why is there an expiration date on sour cream?

If most car accidents occur within five miles of home, why doesn't everyone just move 10 miles away?

I went to a bookstore and asked the saleswoman, 'Where's the self-help section?' She said if she told me, it would defeat the purpose.

Why do they put Braille dots on the keypad of the drive-up ATM?

Why is abbreviation such a long word?

Since light travels faster than sound, is that why some people appear bright until you hear them speak?

If it's zero degrees outside today and it's supposed to be twice as cold tomorrow, how cold is it going to be?

Isn't Disney World a people trap operated by a mouse?

Can you imagine a world with no hypothetical situations? Hello kitty car! - The real man's man car | Source : Jokes of The Day - By Jokes of the day visitor

How Can You Tell When a Blonde Has Been By Your Computer?

Q: How can you tell when a blonde been by your computer?

A: There is cheese by the mouse. 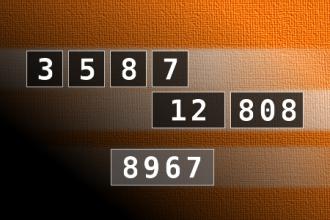 New Lingo for an Old Priest

There was an old priest who got sick of all the people in his parish who kept confessing to adultery. One Sunday, in the pulpit, he said, "If I hear one more person confess to adultery, I'll quit!"Everyone liked him, so they came up with a code word. Someone who had committed adultery would say instead that they had "fallen."
This seemed to satisfy the old priest and things went well until the priest passed away at a ripe, old age.
A few days after the new priest arrived, he visited the mayor of the town and seemed very concerned.
"Mayor, you have to do something about the sidewalks in town. When people come into the confessional, they keep telling me they've fallen."
The mayor started to laugh, realizing that no one had told the new priest about the code word. But, before he could explain, the priest shook an accusing finger at him and shouted, "I don't know what you're laughing about, because your wife has already fallen three times this week!"

#joke
Joke | Old joke from joke of the day archives - Check out other old jokes Tuesday, 05 May 2009

I was happy. My girlfriend and I had been dating for over a year, and so we decided to get married.

My parents helped us in every way, my friends encouraged me, and my girlfriend? She was a dream!

There was only one thing bothering me, very much indeed, and that one thing was her younger sister.

My prospective sister-in-law was twenty years of age, wore tight mini skirts and low cut blouses. She would regularly bend down when quite near me and I got many a pleasant view of her underwear. It had to be deliberate. She never did it when she was near anyone else.

One day little sister called and asked me to come over to check the wedding invitations. She was alone when I arrived. She whispered to me that soon I was to be married, and she had feelings and desires for me that she couldn't overcome and didn't really want to overcome.

She told me that she wanted to make love to me just once before I got married and committed my life to her sister. I was in total shock and couldn't say a word.

She said, "I'm going upstairs to my bedroom, and if you want to go ahead with it just come up and get me." I was stunned. I was frozen in shock as I watched her go up the stairs. When she reached the top she pulled down her panties and threw them down the stairs at me.

I stood there for a moment, then turned and went straight to the front door. I opened the door and stepped out of the house. I walked straight towards my car.

My future father-in-law was standing outside. With tears in his eyes he hugged me and said, "We are very happy that you have passed our little test. We couldn't ask for a better man for our daughter. Welcome to the family."

The moral of this story is: Always keep your condoms in your car!

Slept like a baby last night. I woke up every two hours screaming in the dark and then I sh*t my pants and almost died for, like, no reason whatsoever.
#joke #short
Joke | Old joke from joke of the day archives - Check out other old jokes Monday, 10 September 2012

Top Ten Questions I Would Have Asked Monica Lewinsky

10. "Are you as completely sick of yourself as the rest of

9. "Technically, I'm President of the Late Show -- is that

8. "Can Vernon Jordan help me get my old job back at NBC?"

7. "Could you get Clinton to do something about those weird

6. "Did you ever have sex with the president while he was

5. "Do you know how much easier you've made my job over the

4. "What's this about you possibly running for senator from


Test Tubes Bubbling
(to the tune of "Chestnuts Roasting On An Open Fire")
Test tubes bubbling in a water bath
Strong smells nipping at ypur nose.
Tiny molecules with their atoms all aglow
Will find it hard to be inert tonight.
They know that Chlorine's on its way
He's loaded lots of little electrons on his sleigh
And every student's slide rule is on the sly
To see if the teacher really can multiply.
And so I offer you this simple phrase
To chemistry students in this room
Although it's been said many times, many ways
Merry molecules to you.