“A locksmith is a key

“A locksmith is a key employee.”

A man exploring the ancient Py...

A man exploring the ancient Pyramids of Egypt while on vacation stumbled across a secret room. He sneaked away from the tour group and explored the room. He found a dusty lamp and picked it up. While he wiped the dust off the lamp a genie appeared in a puff of smoke.
"For freeing me from my prison, I will grant you a wish, what will it be sire?"
The man thought for a moment, then said, "I want a spectacular job, a job that no man has ever succeeded at or has ever attempted to do."
"Allah Ka Zam!" said the genie. "You're a housewife!"

Best of the Week 2 January 2016 - They put the year wrong on video, but the collection is right! - link to page video is posted initially.

A doctor and his wife...

A doctor and his wife are having an argument in the morning over breakfast and the doctor blurts out, "You know what? You're not that great in bed anyways!"

So he goes off to work and thinks it over and decides to call his wife and make amends.....

So he calls the house and the phone rings many, many times and then his wife finally answers the phone completely out of breath....

The wife says, "getting a second opinion!"

Before ice cream, Ben and Jerr Giant Foosball Table - All can play together now | Source : Jokes of The Day - By Jokes of the day visitor

A woman was found guilty in tr...

A woman was found guilty in traffic court and when asked for her occupation she said she was a schoolteacher. The judge rose from the bench. "Madam, I have waited years for a schoolteacher to appear before this court."
He smiled with delight. "Now sit down at that table and write 'I will not run a red light' five hundred times."

Everyone has a photographic memory.

Some don't have film. 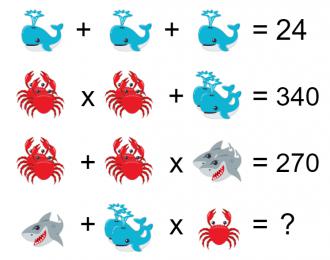 Yo mama is so fat China uses h

Yo mama is so fat China uses her to block the internet.
#joke #short #yomama
Joke | Source: Laugh Factory Network - Watch our huge library of the best stand-up comedy videos, get information on our stand-up comedians, read our joke of the day

On Rosh Hashanah, Meyer rose, got dressed, and was about to leave when the parrot demanded to go with him. Meyer explained that a synagogue was not a place for a bird, but the parrot pleaded and was carried to the synagogue on Meyer's shoulder.
Meyer was questioned by everyone, including the rabbi. At first, the rabbi refused to allow a bird into the building on the High Holy Days, but Meyer convinced him that the parrot could pray. Wagers were made on whether the parrot could speak Yiddish or not.
All eyes were on the two of them during services. The parrot was still perched on Meyer's shoulder as one prayer and song passed...but the parrot didn’t say a word. Annoyed, Meyer said "Pray, parrot! You can pray...do it now while everybody's looking at you!" The parrot said nothing.
After services were over, Meyer realized he owed the synagogue over four thousand dollars. He marched home, saying nothing. Finally, several blocks from the temple, the bird began to sing an old Yiddish song.
Meyer stopped and looked at him. "You miserable bird...you cost me over four thousand dollars today. Why? After I taught you the morning prayers, taught you to read Hebrew and the Torah. And, after you begged me to bring you to a synagogue on Rosh Hashanah...Why did you do this to me?"
"Don't be an idiot," the parrot replied. "Think of the odds we'll get on Yom Kippur!"
#joke
Joke | Old joke from joke of the day archives - Check out other old jokes Wednesday, 14 January 2015


With apologies to Robert Burns:
O ma phone is but an ebon box,
Wha' rings when I'm awa'.
And my tape machine waits,
For your call,
This message for ta play.
So leave ye message at the beep,
Then bide ye well a while,
For I will hear your voice,
ONE DAY,
and call ye wi' a smile.

This morning as I was buttonin...

This morning as I was buttoning my shirt, a button fell off.
After that, I picked up my briefcase, and the handle fell off.
Then I went to open the door, and the doorknob fell off.
I went to get into my car, and the door handle came off in my hand.
Now I'm afraid to pee.