One evening after dinner, my five-year-old son Brian noticed that his mother had gone out. In answer to his questions, I told him, 'Mommy is at a Tupperware party.'
This explanation satisfied him for only a moment. Puzzled, he asked, 'What’s a Tupperware party, Dad?'
I’ve always given my son honest answers, so I figured a simple explanation would be the best approach. 'Well, Brian,' I said, 'at a Tupperware party, a bunch of ladies sit around and sell plastic bowls to each other.'
Brian nodded, indicating that he understood. Then he burst into laughter. 'Come on, Dad,' he said. 'What is it really?'

A guy was walking along the st

A guy was walking along the street when he saw a crowd of people running towards him. He stopped one of the runners and asked: "What's happening?"
The runner replied breathlessly: "A lion has escaped from the zoo."
"Oh my, which way is it heading?"
"Well you don't think we are chasing it, do you?"

“The hen passed her l

“The hen passed her legacy to an egg that was heir today, gone tamago.”

Dreamed I knighted an electric

Lets face it, there are a lot

Lets face it, there are a lot of dumb people out there. Sometimes you want to express how stupid they really are and here's how...
An intellect rivaled only by garden tools.
As smart as bait.
Doesn't have all his dogs on one leash.
Doesn't know much, but leads the league in nostril hair.
Elevator doesn't go all the way to the top floor.
Forgot to pay his brain bill.
His belt doesn't go through all the loops.
If he had another brain, it would be lonely.
Missing a few buttons on his remote control.
Proof that evolution CAN go in reverse.
Receiver is off the hook.
Surfing in Nebraska.
An experiment in Artificial Stupidity.
A few beers short of a six-pack.
A few peas short of a casserole.
The cheese slid off his cracker.
Warning: Objects in mirror are dumber than they appear.
Couldn't pour **** out of a boot with instructions on the heel.
He fell out of the stupid tree and hit every branch on the way down.
Not the sharpest knife in the drawer.
Not the brightest light bulb.
Not the sharpest tool in the shed.
Not playing with all 52 cards.
A few sandwiches short of a picnic.
A few feathers short of a full pillow.
Somewhere, a village is missing its idiot.
A few links short in a chain.
A door without a handle.
A few bits short of a byte.

A farmer was driving along the road with a load of fertilizer. A little boy, playing in front of his house, saw him and called, "What've you got in your truck?"

"What are you going to do with it?" asked the little boy.

"Put it on strawberries," answered the farmer.

"You ought to live here," the little boy advised him. "We put sugar and cream on ours." 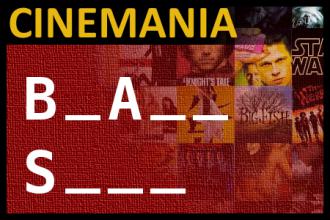 A ballet dancer wins the lead in "Swan Lake" and is perfect for the role of the delicate White Swan - Princess Odette - but slowly loses her mind as she becomes more and more like Odile, the ******. Film was made in 2010.
CHECK ANSWER
Brain Teasers, puzzles, riddles, mathematical problems, mastermind, cinemania...

The Problems With Golf


The only problem with golf is that the slow people are always in front of you and the fast people always end up behind you.

There was this gas station in "redneck country" trying to increase its sales, so the owner put up a sign saying "Free Sex with Fill-up."

Soon a "redneck" customer pulled in, filled his tank, and then asked for his free sex.

The owner told him to pick a number from (1) to (10), and if he guessed correctly, he would get his free sex.

The buyer then guessed (8) and the proprietor said, "No, you were close. The number was (7). Sorry, no free sex this time but maybe next time".

Some time thereafter, the same man, along with his buddy this time, pulled in again for a fill-up, and again he asked for his free sex.

The proprietor again gave him the same story and asked him to guess the correct number. The man guessed (2) this time, and the proprietor said, "Sorry, it was (3). You were close but no free sex this time".

As they were driving away, the driver said to his buddy, "I think that game is rigged and he doesn't give away free sex".

The buddy replied, "No, it's not rigged -- my wife won twice last week."

I was reading about this new diet where youre not allowed to drink alcohol. Well, I read the first sentence at least.
#joke #short
Joke | Old joke from joke of the day archives - Check out other old jokes Thursday, 15 September 2011

1. Does a clean house indicate that there is a broken computer in it?

2. Why is it that no matter what color of bubble bath you use the bubbles are always white?

3. Is there ever a day that mattresses are not on sale?'

4. Why do people constantly return to the refrigerator with hopes that something new to eat will have materialized?

5. On electric toasters, why do they engrave the message “one slice?” How many pieces of bread do they think people are really gonna try to stuff in that slot?

6. Why do people keep running over a string a dozen times with their vacuum cleaner, then reach down, pick it up, examine it, then put it down to give the vacuum one more chance?

7. Why is it that no plastic garbage bag will open from the end you first try?

8. How do those dead bugs get into those closed light fixtures?

9. Considering all the lint you get in your dryer, if you kept drying your clothes would they eventually just disappear?

10. When we are in the supermarket and someone rams our ankle with a shopping cart then apologizes for doing so, why do we say, “It's all right?” Well, it isn't all right so why don't we say, “That hurt, you stupid idiot?”

11. Why is it that whenever you attempt to catch something that's falling off the table you always manage to knock something else over?

12. Is it true that the only difference between a yard sale and a trash pickup is how close to the road the stuff is placed?

13. In winter why do we try to keep the house as warm as it was in summer when we complained about the heat?

16. The statistics on sanity are that one out of every four Americans is suffering from some sort of mental illness. Think of your three best friends, if they're okay, then it's you.