Why is Cinderella and soccer

Why is Cinderella so bad at soccer?

BECAUSE SHE IS ALWAYS RUNNING AWAY FROM THE BALL

#joke #short
Joke | Source: Jokes of The Day - By Jokes of the day visitor

Book out for men with short ...

A man goes into Waterstones and asked the young lady assistant:

"Do you have the new book out for men with short penises?"

John decided to go skiing with

John decided to go skiing with his buddy, Keith. So they loaded up John's minivan and headed north.
After driving for a few hours, they got caught in a terrible blizzard. So they pulled into a nearby farm and asked the attractive lady who answered the door if they could spend the night.
'I realize its terrible weather out there and I have this huge house all to myself, but I'm recently widowed,' she explained. 'I'm afraid the neighbours will talk if I let you stay in my house.'
'Don't worry,' John said. 'We'll be happy to sleep in the barn. And if the weather breaks, we'll be gone at first light.' The lady agreed, and the two men found their way to the barn and settled in for the night.
Come morning, the weather had cleared, and they got on their way. They enjoyed a great weekend of skiing.
But about nine months later, John got an unexpected letter from an attorney. It took him a few minutes to figure it out, but he finally determined that it was from the attorney of that attractive widow he had met on the ski weekend.
He dropped in on his friend Keith and asked, 'Keith, do youremember that good-looking widow from the farm we stayed at on our ski holiday up north about 9 months ago?'
'Yes, I do.' Said Keith.
'Did you, err, happen to get up in the middle of the night, go up to the house and pay her a visit?'
'Well, um, yes!' Keith said, a little embarrassed about being found out, 'I have to admit that I did.'
'And did you happen to give her my name instead of telling her your name?'
Keith's face turned beet red and he said,'Yeah, look, I'm sorry, buddy. I'm afraid I did.' 'Why do you ask?'
'She just died and left me everything.'
(And you thought the ending would be different, didn't you? you know you smiled...now keep that smile for the rest of the day!)


You might be a reneck if...
You watch "The Dukes Of Hazzard" and have to find someone to explain it to you.
Your mom kisses you goodnight and you go to school the next day and say you've met your future wife.
When your wife walks in front of you it looks like two pigs fighting in a gunny sack.
Your only excuse for smelling bad is it runs in the family.
Your favorite fruit is chicken.
You think those yellow traffic signs that say "Slow children at play" means the kids in the area are not too bright.
At least one of the kitchen appliances on your front porch is more than forty years old.
You think "Country & Western" covers both types of music.
You've ever used a hangnail as a tooth pick.

Used car salesperson to customer: How would you like to buy a car with zero down and zero per month?
Customer: (slight pause) For how many months?

“We're having a Japa 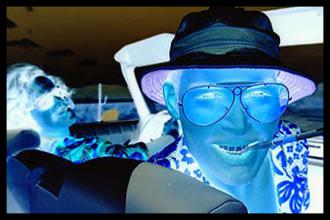 From which movie is this scene?

A waiter brings the customer the steak he ordered with his thumb over the meat.

"Are you crazy?" yelled the customer, "with your hand on my steak?"

"What" answers the waiter, "You want it to fall on the floor again?"