One Sunday morning William burst into the living room and said, "Dad! Mom! I have some great news for you! I am getting married to the most beautiful girl in town. She lives a block away and her name is Susan.
After dinner, William's dad took him aside. "Son, I have to talk with you. Your mother and I have been married 30 years. She's a wonderful wife but she has never offered much excitement in the bedroom, so I used to fool around with women a lot. Susan is actually your half-sister, and I'm afraid you can't marry her."
William was heart-broken. After eight months he eventually started dating girls again. A year later he came home and very proudly announced, "Diane said yes! We're getting married in June."
Again his father insisted on another private conversation and broke the sad news. "Diane is your half-sister too, William. I'm awfully sorry about this."
William was furious! He finally decided to go to his mother with the news. "Dad has done so much harm. I guess I'm never going to get married," he complained. "Every time I fall in love, Dad tells me the girl is my half-sister."
His mother just shook her head. "Don't pay any attention to what he says, dear. He's not really your father."

An American businessman goes to Japan on a business trip, but he hates Japanese food, so he asks the concierge at his hotel if there's any place around where he can get American food. The concierge tells him he's in luck, there's a pizza place that just opened, and they deliver. The concierge gives the businessman the phone number, and he goes back to his room and orders a pizza.

Thirty minutes later, the delivery guy shows up to the door with the pizza. The businessman takes the pizza, and starts sneezing uncontrollably. He asks the delivery man, "What the Heck did you put on this pizza?" The delivery man bows deeply and says, "We put on the pizza what you ordered, pepper only."


From the Late Show with David Letterman - Friday, January 13, 1995 with revisions made by John Insor.
10. Eight hour lunch, two dollar tip.
9. Ask, "Excuse me, are you a really bad singer, or a really bad actor?"
8. After he describes each special, you shout, "Garbage!"
7. Whenever he walks by, cough and mutter, "Minimum wage".
6. Every few seconds, yell, "More waffles, Cuomo!"
5. Insist that before ordering, you be allowed to touch the London broil.
4. Tie tablecloth around neck and say, "You wouldn't charge Superman for dinner, would you?"
3. Every time you eat or drink, cough really hard.
2. As he walks by to the kitchen, scream, "He's gonna spit in the chowder!"
1. Three words: eat the check. Guy pouring beer on cops' head | Source : Jokes of The Day - By Jokes of the day visitor

An elderly gentleman went to t

An elderly gentleman went to the local drug store and asked the pharmacistto fill his prescription for Viagra. "How many do you want?" asked the pharmacist.
The man replied, "Just a few, maybe half a dozen. I cut each one into four pieces."
Upon hearing that, the pharmacist said, "That's too small a dose. That won't get you through sex."
The old fellow said, "Oh, I'm past ninety years old and I don't even think about sex anymore. I just want it to stick out enough so I don't pee on my shoes."

Having a pint in a pub Tim say to Sean, "What about all them beggin letters? " 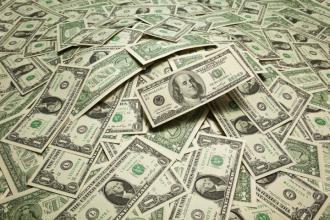 A robber came into my store ...

A robber came into my store and stole $100 from the register without my knowledge. A few minutes later, the same guy came back with the $100 he stole and purchased $70 worth of items and I gave him $30 in change. How much money did I lose?
CHECK ANSWER
Brain Teasers, puzzles, riddles, mathematical problems, mastermind, cinemania...

Yo mama's so fat when she wen

Yo mama's so fat when she went to In and Out she couldn't get in or out.
#joke #short #yomama
Joke | Source: Laugh Factory Network - Watch our huge library of the best stand-up comedy videos, get information on our stand-up comedians, read our joke of the day

HIDE THE BEER... THE COPS ARE HERE.
#joke #short #beer
Joke | Source: Jokes of The Day - By Jokes of the day visitor

“I saw a Buddhist lam

“I saw a Buddhist lamp. It was very enlightening.”

A pastor concluded that his church was getting into very serious financial troubles. While checking the church storeroom, he discovered several boxes of new Bibles that had never been opened and distributed.
At his Sunday sermon, he asked for three volunteers from the congregation who would be willing to sell the bibles door-to-door for $10 each to raise the desperately needed money for the church.
Jack, Paul, and Louie all raised their hands to volunteer for the task. The minister knew that Jack and Paul earned their living as salesmen and were likely capable of selling some Bibles, but he had serious doubts about Louie, a local farmer who had always kept to himself because he was embarrassed by his speech impediment.
Poor Louis stuttered badly, but not wanting to discourage Louis, the minister decided to let him try anyway. He sent the three of them away with the back seat of their cars stacked with Bibles. He asked them to meet with him and report the results of their door-to-door selling efforts the following Sunday.
Anxious to find out how successful they were, the minister immediately asked Jack, "Well, Jack, how did you make out selling our Bibles last week?"
Proudly handing the reverend an envelope, Jack replied, "Using my sales prowess, I was able to sell 20 bibles, and here's the $200 I collected on behalf of the church."
"Fine job, Jack!" The minister said, shaking his hand. "You are indeed a fine salesman and the church is indebted to you."
Turning to Paul the pastor said, "Paul, how many Bibles did you sell for the church last week?"
Paul, smiling and sticking out his chest, confidently replied, "I am a professional salesman. I sold 28 Bibles on behalf of the church and $280 I collected."
The minister responded, "That's absolutely splendid, Paul. You are truly a professional salesman and the church is indebted to you."
Apprehensively, the minister said to Louie, "Louie, did you manage to sell any Bibles this week?"
Louie silently offered the minister a large envelope. The minister opened it and counted the contents.
"What is this?" the minister exclaimed. "Louie, there's $3200 in here! Are you suggesting that you sold 320 bibles for the church, door-to-door, in just one week?"
Louie just nodded.
"That's impossible!" both Jack and Paul said in unison. "We are professional salesmen, yet you claim to have sold 10 times as many bibles as we could."
"Yes, this does seem unlikely," the minister agreed. "I think you'd better explain how you managed to accomplish this, Louie."
Louie shrugged. "I-I-I re-re-really do-do-don't kn-kn-know f-f-f-for sh-sh-sh-sure," he stammered.
Impatiently, Peter interrupted "For crying out loud, Louie, just tell us what you said to them when they answered the door!"
"A-a-a-all I-I-I s-s-said wa-wa-was," Louis replied, "W-w-w-w-would y-y-y-you l-l-l-l-l-like t-t-to b-b-b-buy th-th-th-this b-b-b-b-bible F-f-for t-t-ten b-b-b-bucks ---o-o-o-or--- wo-wo-would yo-you
j-j-just l-like m-m-me t-t-to st-st-stand h-h-here and r-r-r-r-r-read it t-to y-y-you??"
- Joke shared on Beliefnet's Religious Humor page
#joke
Joke | Old joke from joke of the day archives - Check out other old jokes Tuesday, 29 September 2015

Two blondes, Carol and Patty, were walking down the street.

Carol noticed a compact on the sidewalk and leaned down to pick it up. She opened it, looked in the mirror and said, "Hmmm, this person looks familiar." Patty said, "Let me look!" So Carol handed her the Compact.

Patty looked in the mirror and said,"You dummy, it's me!

Scientifically speaking, it is...

Scientifically speaking, it is impossible to charge Chuck Norris with "obstruction of justice." This is because even Chuck Norris cannot be in two places at the same time.
#joke #short #chucknorris
Joke | Old joke from joke of the day archives - Check out other old jokes Tuesday, 13 December 2011

“The handcuffs are tight because they're new. They'll stretch out after you wear them awhile.”

“So, you don't know how fast you were going. I guess that means I can write anything I want on the ticket, huh?”

“Warning! You want a warning? O.K., I'm warning you not to do that again or I'll give you another ticket.”

“The answer to this last question will determine whether you are drunk or not. Was Mickey Mouse a cat or dog?”

“Yeah, we have a quota. Two more tickets and my wife gets a toaster oven.”

“Life's tough, it's tougher if you're stupid.”

“No sir, we don't have quotas anymore. We used to have quotas, but now we're allowed to write as many tickets as we want.”

“Just how big were those two beers?