Did you know Lorena Bobbit was related to a very famous person?

He was the kid who played "Beaver Cleaver."

Edited by yisman and Curtis

Getting a Hairdryer Through Customs

A distinguished young woman on a flight from Ireland asked the Priest beside her, 'Father, may I ask a favor?'' Of course, child. What may I do for you?' 'Well, I bought an expensive woman's electronic hair dryer for my mother's birthday that is unopened and well over the Customs limits, and I'm afraid they'll confiscate it. Is there any way you could carry it through customs for me? Under your robes perhaps?
''I would love to help you, dear, but I must warn you: I will not lie.' 'With your honest face, Father, no one will question you.' When they got to Customs, she let the priest go ahead of her.
The official asked, 'Father, do you have anything to declare?'
'From the top of my head down to my waist, I have nothing to declare.' The official thought this answer strange, so asked, 'And what do you have to declare from your waist to the floor?' 'I have a marvelous instrument designed to be used on a woman, but which is, to date, unused.'
Roaring with laughter, the official said, 'Go ahead, Father. Next!'

Give us new missiles #humor #joke

The 1982 Israeli invasion of Lebanon resulted in many dogfights between Syrian and Israeli jet fighters.
In the end, the Syrians lost over 80 planes and had a number of SAM batteries knocked out, while the Israelis lost no planes.
Sometime later, the Syrian Defense Minister was shopping for weapons in Moscow.
His host, the Soviet Defense Minister, was embarrassed about the scorecard from Lebanon.
He told his Syrian guest, "Take anything you want - our best tanks, rifles, or surface-to-air missiles."
"No, no - you don't understand!" the Syrian replied. "Last time you gave us surface-to-air missiles. This time we need surface-to-*jet* missiles!"

Funny Photo of the day - Oh No, I’ve Been Down Here For A While… Oh No, I’ve Been Down Here For A While… | Source : This is Photobomb - Photojackers of the World Unite!

One day a genie appeared to a California man and offered to grant him one wish.
the man said:” I wish you'd build a bridge from here to Hawaii so I could drive there anytime"
The genie frowned" I don't know. It sounds like quite an undertaking,” he said. "Just think of the logistics. The supports required reaching the bottom of the ocean, the concrete, and the steel! Why don't you pick something else?"
The man thought for a while and then said, "Okay, I wish for a complete understanding of women- what they are thinking, why they cry. I wish I knew how to make a woman truly happy".
The genie was silent for a minute, then said "So how many lanes did you want on that bridge?"

Kids Views on School
A lit...

Kids Views on School
A little girl had just finished her first week of school. Im wasting my time, she said to her mother.
I cant read, I cant write - and they wont let me talk!
#joke #short
Joke 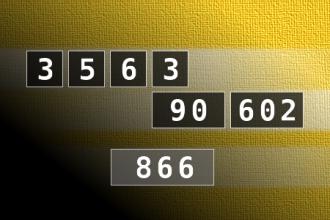 A Scotsman is on holiday in New York City...

A Scotsman is on holiday in New York City. Its a balmy spring day and he is wearing a kilt. A young woman comes up to him and boldly asks him if anything is worn beneath the kilt. No lassie he replies, everything is in fine working order.
#joke #short
Joke | Source: Comedy Central: Jokes - Jokes provided daily from Comedy Central's archive.

We have that in Texas...

A Texan died and went to heaven where St. Peter met him at the Pearly Gates.

"Show me what you got, Pete," said Tex. St. Peter swung open the gates and revealed a beautiful landscape of mountains, rivers, streams, trees, flowers and all the trimmings.

"We've got that in Texas. We call it King Ranch" said Tex.

Whereupon St. Peter threw open a trapdoor of the fires of Hell and out shot a huge ball of fire followed by a solid stream of flame sweeping over the entire area. The blinding light and heat were enormous.


This hillbilly is traveling across Texas when a state policeman pulls him over.
"You got any I.D.?" the patrolman asked."
"'Bout what?" the hillbilly replied.

A young man from Nebraska moves to Florida and goes to a big "everything under one roof" department store looking for a job. The manager asks, "Do you have any sales experience?" The kid replies, "Yeah, I was one of the best Bible salesman back in Omaha."
The boss liked the kid and gave him the job. "You can start tomorrow. I'll come down after we close and see how you did."
His first day on the job was rough, but he got through it. After the store was locked up, the boss came down. "How many customers bought something from you today?â€ The kid responds, "One."
The boss says, "Just one? Our sales people average 20 to 30 customers a day. How much was the sale for?"
"$101,237.65."
"$101,237.65? Holy Mother Mary! What did you sell to him?"
"First, I sold him a small fish hook. Then, I sold him a medium fish hook. Then, I sold him a larger fish hook. Then, I sold him a new fishing rod. Then, I asked him where he was going fishing and he said down the coast. I told him he was going to need a boat, so we went down to the boat department, and I sold him a twin engine Boston Whaler. Then, he said he didn't think his car would pull it, so I took him down to the automobile department and sold him a 4x4 truck with all the bells and whistles."
"A guy came in here to buy a fish hook, and you sold him a boat and a truck?!"
"No, the guy came in here to buy feminine products for his wife, and I said, 'Dude, your weekend's shot. You should go fishing.'"
- Joke shared by Beliefnet member socaliflady

Take heart, America. Three monkey wrenches have been thrown into Japan's well-oiled economic machine. It's only a mater of time before that powerful engine of productivity begins to sputter and fail.

What could cause such a sharp turnaround? High interest rates? Increased unemployment? Lower productivity? No, it's something much more economically debilitating - and permanent.

Three American lawyers have become the first foreign attorneys permitted to practice law in Japan. What's more, two of them are from New York!

The decline has begun.

But a law that became effective on April 1 permits foreigners to practice in Japan for the first time since 1955. Already, an additional 20 American and six British lawyers have applied for permission to open practices in Japan.

If anything can slow the Japanese economy, it's the presence of American attorneys. What better way to even our balance of trade than to send Japan our costliest surplus commodity?
#joke #lawyer
Joke | Old joke from joke of the day archives - Check out other old jokes Saturday, 11 July 2009

What's the difference between chopped beef and pea soup?
- You can chop beef, but you can't pea soup!
#joke #short
Joke | Old joke from joke of the day archives - Check out other old jokes Tuesday, 07 April 2009

I pulled up to the drive-thru of a fast-food restaurant and ordered coffee. I asked the clerk to put some ice cubes into the cup so that I could drink the cool coffee quickly. At the window, there was a delay. Finally, the clerk came to the window looking frustrated, and announced, "I'm having a problem. The ice keeps melting."


Father: How were the exam questions?
Son: Easy
Father: Then why look so unhappy?
Son: The questions didn't give me any trouble, just the answers!

Where was the Magna Carta signed?
At the bottom!

What are you going to be when you get out of school?
An old man!

What did you learn in school today?
Not enough, I have to go back tomorrow!

I'm learning ancient history?
So am I, lets go for a walk and talk over old times!