"Can you explain to me how this lipstick got on your collar?" the suspicious wife sneered.

"No, I can't," the husband replied. "I distinctly remember taking my shirt off."

A blonde decides to learn and try horse back riding unassisted without prior experience or lessons. She mounts the horse with great effort, and the tall, shiny horse springs into motion.

It gallops along at a steady and rhythmic pace, but the blonde begins to slip from the saddle. Out of sheer terror, she grabs for the horse's mane but cannot seem to get a firm grip. She tries to throw her arms around the horse's neck, but she slides down the side of the horse anyway. The horse gallops along, seemingly oblivious to its slipping rider.

Finally, giving up her frail grip, she leaps away from the horse to try and throw herself to safety.

Unfortunately, her foot has become entangled in the stirrup. She is now at the mercy of the horse's pounding hooves as her head is struck against the ground again and again. As her head is battered against the ground, she is mere moments away from unconsciousness or even death when Frank, the Wal-Mart manager runs out to shut the horse off.

The motivational speaker was fired. He was accused of causing too much strive.
#joke #short
Joke | Source: Pun Gents - Daily Jokes, One-liners, Groaners, Puns of the day :: Puns on Demand :: Punshine Girls and Boys!

A farmer walks into a lawyer's...

A farmer walks into a lawyer's office and says: "I'd like to get one of them-thar day-vorce-ees" "Yes sir, I believe I can help you" replied the lawyer. "Do you have any grounds?" "Oh shore do!", exclaimed the farmer, "Got me bout a 140 acres out back a the house thar." "No no..., I mean do you have a case?" asked the lawyer. "No sur," replied the farmer, "I drive one of them John Deer's" "You don't understand," said the lawyer, "You need something like a grudge." "Oh!!" said the farmer, "I got me one of those! That's what I park muh Deer in!" The lawyer, a bit frustrated responded, "Sir, you've got to have a reason to divorce your wife. Does she beat you up or anything?" "No sur", replied the farmer, "I purt near get outta bed afore her ever mornin." Finally the exasperated lawyer shouted, "WHY do you want a divorce?" "Oh, well..." replied the farmer, "She says we jus can't communicate!!"
#joke #lawyer
Joke | Source: A joke a day - Free Jokes of the Day Clean Funny Jokes via Email, Humor and Entertainment Singh stormed up to the front ...

Singh stormed up to the front desk of the library and said, "I have a complaint!"
"Yes, sir?"
"I borrowed a book last week and it was horrible!"
"What was wrong with it?"
"It had way too many characters and there was no plot whatsoever!"
The librarian nodded and said, "Ahh. So you must be the person who took our phone book."
#joke
Joke | Source: Jokes of The day - Used to be - Australian Joke of the day - site changed purpose and no longer serves jokes

This is really important that you can determine the difference!
We've all heard about people having guts or balls But do you really know the difference between them? In an effort to keep you informed, the definition for each is listed below......
GUTS - is arriving home late after a night out with the guys, being met by your wife with a broom, and having the guts to ask: "Are you still cleaning, or are you flying somewhere?"
BALLS - is coming home late after a night out with the guys, smelling of perfume and beer, lipstick on your collar, slapping your wife on the butt and having the balls to say: "You're next."
I hope this clears up any confusion on the definitions. Medically speaking, there is no difference in the outcome since both ultimately result in death. 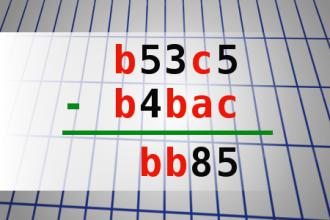 The first woman was elected U.S. president. She called her mom to make sure she was coming to the inauguration.
"I don’t know, dear. What would I wear?”
"Don’t worry, Mom. I’ll send a designer to help you.”
"But you know I need special foods for my diet.”
"Mom, I’m going to the president. I can get you the food you need.”
"But how will I get there?”
"I’ll send a limo, Mom. Just come!”
"OK, OK, if it makes you happy.”
The great day came, and Mama was seated with the future cabinet members. She nudged the man on her right. “See that girl, the one with her hand on the Bible? Her brother’s a doctor!”

My 4 year old son came screaming out of the bathroom to tell me he'd dropped his toothbrush in the toilet.

So I fished it out and threw it in the garbage.

He stood there thinking for a moment, then ran to my bathroom and came out with my toothbrush.

He held it up and said with a charming little smile, "We better throw this one out too then, 'cause it fell in the toilet a few days ago.
#joke
Joke | Source: Jokes of the day - Used to be Joke rating machine, but this site is dead

The kindergarten class had settled down to its coloring books. Willie came up to the teacher's desk and said, "Miss Francis, I ain't go no crayons."

"Not really," Willie said, "What happened to all them crayons?"


A skeleton joke
What did the skeleton say to his girlfriend?
I love every bone in your body!

A werewolf joke
Why did the small werewolf bite the womans ankle?
Because he couldn't reach any higher!

A werewolf joke
What happened when the werewolf chewed a bone for an hour?
When he got up he only had three legs!

A witch joke
What did one witch say to another when they left the cinema?
Do you want to walk home or shall we take the broom!

A skeleton joke
Why don't skeletons play music in church?
They have no organs!

A skeleton joke
Why wasn't the naughty skeleton afraid of the police?
Because he knew they couldn't pin anything on him!

Tennessee folks make fun of their northern Virginian neighbors with this quip:

You know why birds fly upside down over Scott County, Virginia?

"Cause there ain't nothin' worth shittin' on up there!"

Why does the bride always wear white? Because it's good for the dishwasher to match the cooker and the fridge.
#joke #short
Joke | Source: http://news.scotsman.com/ - Joke of the day

Two hikers were walking through central Pennsylvania when they came upon a 6 foot wide hole in the ground. They figured it must be the opening for a vertical air shaft from an old abandoned coal mine. Curious as to the depth of the hole, the first hiker picked up a nearby rock and tossed it into the opening. They listened... and heard nothing.
The second hiker picked up an even larger rock and tossed it into the opening. They listened... and still heard nothing. Then they both picked up an old railroad tie, dragged it to the edge of the shaft, and hurled it down. Seconds later a dog came running up between the two men and jumped straight into the hole. Bewildered, the two men just looked at each other, trying to figure out why a dog would do such a thing.
Soon a young boy ambled onto the scene and asked if either man had seen a dog around here. The hikers told him about the dog that had just jumped into the hole.
The young boy laughed and said, "That couldn't be my dog. My dog was tied to a railroad tie!"
#joke
Joke | Old joke from joke of the day archives - Check out other old jokes Saturday, 21 November 2009

Walks Into a Bar... Sexy Lincoln

An older man walks into a bar wearing a stovepipe hat, a waistcoat and a phony beard. He sits down at a bar and orders a drink. As the bartender sets it down, he asks, Going to a party?
Yeah, a costume party, the man answers, Im supposed to come dressed as my love life.
But you look like Abe Lincoln, protests the bartender.
Thats right. My last four scores were seven years ago.
#joke #walksintoabar
Joke | Old joke from joke of the day archives - Check out other old jokes Friday, 10 April 2009

During a performance for the high school talent show at the local theater, a hole was cracked in the stage floor. Subsequent acts managed to avoid the damaged area until little Freddy, juggling bowling pins, accidentally stepped through the hole up to his knee.

He apologized to the audience for his clumsiness. But a heckler in the back of the theater shouted:

"Don't worry, Freddy! It's just a stage you're going through!"

There was once a man who lived...

There was once a man who lived in a poor country. He went to law school and became a very intelligent person. Years later, he decided to go back to his country to show them how worthy he is. He started his own office. The next day, he saw a man walking into his office. He picked up the phone and gestered the man to come in and pretended he was talking to very famous people and cancelling meetings with presidents, etc. After he put down the phone several minutes later, he apologized to the man and said, "Sorry to keep you waiting. As you can see, I'm a very busy man. What can I do for you?" The man smiled and said, "I'm from the telephone company. I'm here to hook up you phone."
#joke
Joke | Old joke from joke of the day archives - Check out other old jokes Sunday, 15 February 2009


If this were the best of all possible worlds, I could come to the phone right now, but I can't, so if you could leave your name and number...

Teacher: If you found a bill worth a hundred, would you keep it? Pupil: No, sir. Teacher: Good, what would you do with it? Pupil: Sir, IÂ’ll spend it.
#joke #short
Joke | Old joke from joke of the day archives - Check out other old jokes Sunday, 15 February 2009