“The trout got caught...

“The trout got caught by the fisherman. Now he's in a boatload of trouble.”

George W. approached the man and inquired, "Aren't you Moses?"

The man ignored George W. and stared at the ceiling.

George W. positioned himself more directly in the man's view and asked again, "Aren't you Moses?"

The man continued to peruse the ceiling.

George W. tugged at the man's sleeve and asked once again, "Aren't you Moses?"

The man finally responded in an irritated voice, "Yes, I am."

George W. asked him why he was so uppity, and Moses replied, "The last time I spoke to a Bush I had to spend forty years in the desert."


Most diets fail because we are still thinking and eating like people. For those us who have never had any success dieting. Well now there is the new Miracle Cat Diet! This diet will also work on humans! Except for cats that eat like people -- such as getting lots of table scraps -- most cats are long and lean (or tiny and petite). the Cat Miracle Diet will help you achieve the same lean, svelte figure. Just follow this diet for one week and you'll find that you not only look and feel better, but you will have a whole new outlook on what constitutes food. Good Luck!
>DAY ONE
Breakfast: Open can of expensive gourmet cat food. Any flavor as long as it cost more the .75 per can -- and place 1/4 cup on your plate. Eat 1 bite of food; look around room disdainfully. Knock the rest on the floor. Stare at the wall for awhile before stalking off into the other room.
Lunch: Four blades of grass and one lizard tail. Throw it back up on the cleanest carpet in your house.
Dinner: Catch a moth and play with it until it is almost dead. Eat one wing. Leave the rest to die.
Bedtime snack: Steal one green bean from your spouse's or partner's plate. Bat it around the floor until it goes under the refrigerator. Steal one small piece of chicken and eat half of it. Leave the other half on the sofa. Throw out the remaining gourmet cat food from the can you opened this morning.
>DAY TWO
Breakfast: Picking up the remaining chicken bite from the sofa. Knock it onto the carpet and bat it under the television set. Chew on the corner of the newspaper as your spouse/partner tries to read it.
Lunch: Break into the fresh French bread that you bought as your part of the dinner party on Saturday. Lick the top of it all over. Take one bite out of the middle of the loaf.
Afternoon snack: Catch a large beetle and bring it into the house. Play toss and catch with it until it is mushy and half dead. Allow it to escape under the bed.
Dinner: Open a fresh can of dark-colored gourmet cat food -- tuna or beef works well. Eat it voraciously. Walk from your kitchen to the edge of the living room rug. Promptly throw up on the rug. Step into it as you leave. Track footprints across the entire room.
>DAY THREE
Breakfast: Drink part of the milk from your spouse's or partner's cereal bowl when no one is looking. Splatter part of it on the closest polished aluminum appliance you can find.
Lunch: Catch a small bird and bring it into the house. Play with on top of your down filled comforter. Make sure the bird is seriously injured but not dead before you abandon it for someone else to have to deal with.
Dinner: Beg and cry until you are given some ice cream or milk in a bowl of your own. Take three licks/laps and then turn the bowl over on the floor.
>FINAL DAY
Breakfast: Eat 6 bugs, any type, being sure to leave a collection of legs, wings, antennae on the bathroom floor. Drink lots of water. Throw the bugs and all of the water up on your spouse's or partner's pillow.
Lunch: Remove the chicken skin from last night's chicken-to-go leftovers your spouse or partner placed in the trash can. Drag the skin across the floor several times. Chew it in a corner and then abandon.
Dinner: Open another can of expensive gourmet cat food. Select a flavor that is especially runny, like Chicken and Giblets in Gravy. Lick off all the gravy and leave the actual meat to dry and get hard.

Three patients in a mental institution prepare for an examination given by the head psychiatrist. If the patients pass the exam, they will be free to leave the hospital. However, if they fail, the institution will detain them for five years.
The doctor takes the three patients to the top of a diving board looking over an empty swimming pool, and asks the first patient to jump.
The first patient jumps head first into the pool and breaks both arms.
Then the second patient jumps and breaks both legs.
The third patient looks over the side and refuses to jump. "Congratulations! You're a free man. Just tell me why didn't you jump?" asked the doctor. 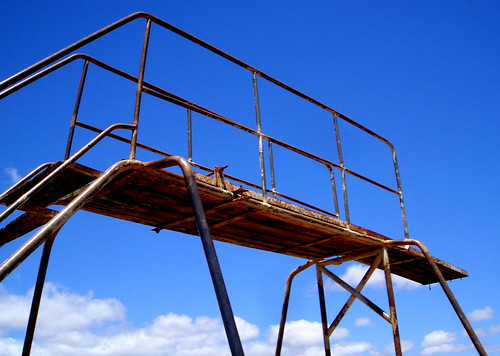 To which the third patient answered, "Well Doc, I can't swim!" Bike fence - Were old bikes go to die | Source : Jokes of The Day - By Jokes of the day visitor

A dyslexic walks into a bra...

Why did the blonde take his new scarf back to the store?

It was too tight 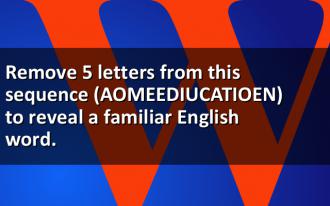 A student comes to a young professor's office hours. She glances down the hall, closes his door, and kneels pleadingly. "I would do anything to pass this exam," she says. She leans closer to him, flips back her hair, and gazes meaningfully into his eyes. "I mean," she whispers, "I would do anything..." He returns her gaze, "Anything?" "Anything." His voice softens, "Anything?" "Anything," she repeats again. His voice turns to a whisper. "Would you ... study?"

The following is supposedly a true story. To be included, besides being true, the story is most likely strange, weird, surprising, or funny.

One student fell into a cycle of classes, studying, working and sleeping.

Didn't realize how long he had neglected writing home until he received the following note:

"Dear Son, Your mother and I enjoyed your last letter. Of course, we were much younger then, and more impressionable. Love, Dad."


You might be a redneck if...
You think cur is a breed of dog.
People hear your car long before they see it.
Your four-year-old is a member of the NRA.
Your satellite dish payment delays buying school clothes for the kids.
Your most expensive shoes have numbers on the heels.
Your wife has ever burned out an electric razor.
Your birth announcement included the word "rug rat".
You've ever hitchhiked naked.
You're turned on by a woman who can field dress a deer.
Your wife keeps a can of Vienna sausage in her purse.

A friend of mine had a Super Mario Brothers-themed wedding two years ago. Then, a year after that, he had a regular-themed divorce.
#joke #short
Joke | Old joke from joke of the day archives - Check out other old jokes Friday, 03 June 2011