I once fell in love with a girl who only knew 4 vowels...
She didn’t know I existed.

An American woman of 40 wants

An American woman of 40 wants to get married, but she is only willing to marry a man if he has never been (sexually) with a woman. After several unsuccessful years of searching, she decides to take out a personal ad.
She ends up corresponding with a man who has lived his entire life in the Australian Outback. They end up getting married. On their wedding night, she goes into the bathroom to prepare for the festivities.
When she returns to the bedroom, she finds her new husband standing in the middle of the room, naked...and all the furniture from the room piled in one corner. "What happened?" she asks.
"I've never been with a woman," he says. "But if it's anything like screwing a kangaroo, I'm gonna need all the room I can get!"


Differences Between Men & Women
NICKNAMES: If Gloria, Suzanne, Debra and Michelle go out for lunch, they will call each other Gloria, Suzanne, Debra and Michelle. But if Mike, Phil, Rob and Jack go out for a brewsky, they will affectionately refer to each other as Fat Boy, Godzilla, Peanut-Head and Useless.
EATING OUT: And when the check comes, Mike, Phil, Rob and Jack will each throw in $20 bills, even though it's only for $22.50. None of them will have anything smaller, and none will actually admit they want change back. When the girls get their check, out come the pocket calculators.
BATHROOMS: A man has six items in his bathroom-a toothbrush, shaving cream, razor, a bar of Dial soap, and a towel from the Holiday Inn. The average number of items in the typical woman's bathroom is 437. A man would not be able to identify most of these items.
GROCERIES: A woman makes a list of things she needs and then goes out to the store and buys these things. A man waits till the only items left in his fridge are half a lime and a soda. Then he goes grocery shopping. He buys everything that looks good. By the time a man reaches the checkout counter, his cart is packed tighter than the Clampett's car on Beverly Hillbillies. Of course, this will not stop him from going to the 10-items-or-less lane.
SHOES: When preparing for work, a woman will put on a Mondi wool suit, then slip on Reebok sneakers. She will carry her dress shoes in a plastic bag from Saks. When a woman gets to work, she will put on her dress shoes. Five minutes later, she will kick them off because her feet are under the desk. A man will wear the same pair of shoes all day.
CATS: Women love cats. Men say they love cats, but when women aren't looking, men kick cats.
DRESSING UP: A woman will dress up to: go shopping, water the plants, empty the garbage, answer the phone, read a book, get the mail. A man will dress up for: weddings, funerals.
LAUNDRY: Women do laundry every couple of days. A man will wear every article of clothing he owns, including his surgical pants that were hip about eight years ago, before he will do his laundry. When he is finally out of clothes, he will wear a dirty sweatshirt inside out, rent a U-Haul and take his mountain of clothes to the Laundromat. Men always expect to meet beautiful women at the Laundromat. This is a myth perpetuated by re-runs of old episodes of "Love, American Style."
OFFSPRING: Ah, children. A woman knows all about her children. She knows about dentist appointments and soccer games and romances and best friends and favorite foods and secret fears and hopes and dreams. A man is vaguely aware of some short people living in the house.

“Ivory soap is used b

“Ivory soap is used by an elephant to clean its tusks.”

"I got a cookbook once," said the first, "but I could never do anything with it."

"Too much fancy cooking in it, eh?" asked the second. 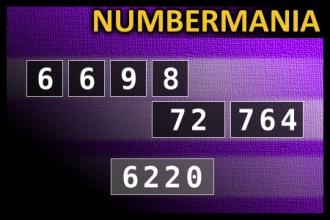