The couple had an outstandingl

The couple had an outstandingly happy and successful marriage. The husband was once asked to what he attributed this remarkable situation.
"It's simple," he said. "Division of labor. My wife makes all the small, routine decisions. She decides what house we buy, where we go on vacation, whether the kids go to private schools, if I should change my job, and so on."
"And you?"
"I make the big, fundamental decisions. I decide if the United States should declare war on China, if Congress should appropriate money for a manned expedition to Mars, and so on."

The "Claven Theory" offers the

The "Claven Theory" offers the besy proof that beer actually does make you smarter....."One afternoon at Cheers, Cliff Clavin was explaining the Buffalo Theory to his buddy Norm. and here's how it went:Well ya see, Norm, it's like this... A herd of buffalo can only move as fast as the slowest buffalo. And when the herd is hunted, it is the slowest and weakest ones at the back that are killed first. This natural selection is good for the herd as a whole, because the general speed and health of the whole group keeps improving by the regular killing of the weakest members.
In much the same way, the human brain can only operate as fast as the slowest brain cells. Excessive intake of alcohol, as we know, kills brain cells. But naturally it attacks the slowest and weakest brain cells first.
In this way, regular consumption of beer eliminates the weaker brain cells, making the brain a faster and more efficient machine. That's why you always feel smarter after a few beers."
Don't you feel smarter after a few?

Bjork sings in Icelandic pentameter?
#joke #short
Joke | Old joke from joke of the day archives - Check out other old jokes Saturday, 12 May 2012 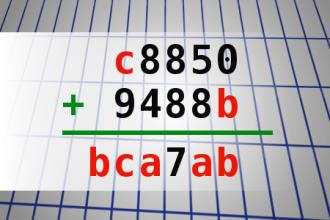 Chuck Norris destroyed the per...

Three guys are drinking in a bar when a drunk comes in, staggers up to them, and points at the guy in the middle, shouting, "Your grandma's the best sex in town!" Everyone expects a fight, but the guy ignores him, so the drunk wanders off and bellies up to the bar at the far end.

Ten minutes later, the drunk comes back, points at the same guy, and says, "I just did your grandma, and it was suh-weeeet!" Again the guy refuses to take the bait, and the drunk goes back to the far end of the bar.

Ten minutes later, he comes back and announces, "And your grandma liked it!!"

"Doc," said the young man lying down on the couch, "You've got to help me! Every night I have the same horrible dream. I'm lying in bed when all of a sudden five women rush in and start tearing off my clothes."
The psychiatrist nodded, "And what do you do?"
"I push them away!"
"I see. And what can I do to help you with this?"
The patient implored, "Please--break my arms!"
#joke
Joke | Old joke from joke of the day archives - Check out other old jokes Thursday, 31 December 2009