You Can't Win 'Em All: Fails of the Week (December 2016) - link to page video is posted initially.

Fails of the Week (December 2016) - link to page video is posted initially.

It is once again time to vote for-the Darwin Award nominees for 1997. As you may already know, the Darwin Awards are for those nominees who will not be contributing to the gene pool (thankfully).
The 1997 nominees are:
NOMINEE No.1: [San Jose Mercury News] An unidentified man, using a shotgun like a club to break a former girlfriend's windshield, accidentally shot himself to death when the gun discharged, blowing a hole in his gut.
NOMINEE No.2 [Kalamazoo Gazette] James Burns, 34, of Alamo,Mich., was killed in March as he was trying to repair what. police described as a "farm-type truck." Burns got a friend to drive the truck on a highway while Bums hung underneath so that he could asthe source of a troubling noise. Burns' clothes caught on something, however, and the other man found Burns "wrapped in the drive shaft."
NOMINEE No.3 [Hickory Daily Record] Ken Charles Barger, 47, accidentally shot himself to death in December in Newton, N.C., when, awakening to the sound of a ringing telephone beside his bed, he reached for the phone but grabbed instead a Smith & Wesson. 38 Special, which discharged when he drew it to his ear.
NOMINEE No.4 [UIPI, Toronto] Police said a lawyer demonstrating the safety of windows in a downtown Toronto Skyscraper crashed through a pane with his shoulder and plunged 24 floors to his death. A police spokesman said Garry Hoy, 39, fell into the courtyard of the Toronto Dominion Bank Tower early Friday evening as he was explaining the strength of the building's windows to visiting law students. Hoy previously had conducted demonstrations of window strength according to police reports. Peter Lawyers, managing partner of the firm Holden Day Wilson, told the Toronto Sun newspaper that Hoy was "one of the best and brightest" members of the 200-man association.
NOMINEE No.5 [Bloomburg News Service] A terrible diet and room with no ventilation are being blamed for the death of a man who was killed by his own gas. There was no mark on his body but autopsy showed large amounts of methane gas in his system. His diet had consisted primarily of beans and cabbage(and a couple of other things). It was just the right combination of foods. It appears that the man died in his sleep from breathing the poisonous cloud that was hanging over his bed. Had he been outside or had his windows been opened, it wouldn't have been fatal. But the man was shut, up in his, near airtight bedroom. According to the article, "He was a big man with a huge capacity for creating "this deadly gas." Three of the rescuers got sick and one was hospitalized.
NOMINEE No..6 [The News of the Weird.] Michael Anderson Godwin made News of the Weird posthumously. He had spent several years awaiting South Carolina's electric chair on a murder conviction before having his sentence reduced to life in prison. Whilst sitting on a metal toilet in his cell and attempting to fix his small TV set, he bit into a wire and was electrocuted.
NOMINEE NO.7["The. Indianapolis Star"] A cigarette lighter may have triggered fatal explosion - Dunkirk, Indiana. A Jay County man using a cigarette lighter to check the barrel of a muzzle loader was killed Monday night when the weapon discharged in his face, sheriffs investigators said. Gregory David Pryor, 19, died in his parents' rural Dunkirk home about 11:30 p.m. Investigators said Pryor was cleaning a 54-caliber muzzle loader that had not been firing properly. He was using the lighter to look into the barrel when the gunpowder ignited.
NOMINEE No.8 lAP, St. Louis] Robert Puelo, 32, was apparently being disorderly in a St. Louis market. When the clerk threatened to call police, Puelo grabbed a hot dog, shoved it in his mouth, and walked out without paying for it. Police found him unconscious in front of the store; paramedics removed the six-inch wiener from his throat, where it had choked him to death.
NOMINEE No.9 [Unknown] To poacher Marino Malerba, who shot a stag standing above him on an overhanging rock-and was killed instantly when it fell on him.
NOMINEE No.10 [Associated Press, Kincaid] Blasting Cap Explodes in Man's Mouth at Party. A man at a party popped a blasting cap into his mouth and bit down, triggering an explosion that blew off his lips, teeth, and tougue state police said Wednesday. Jerry Stromyer, 24, of Kincaid, bit the blasting cap as a prank during a party late Tuesday night, said Cpl. M.D.Payne. Another man had it in an aquarium hooked to a battery, and was trying to explode it," Payne said. "It wouldn't go off and this guy said, 'I'II show you how to set it off."
Yet Another Darwin award candidate - or pair of candidates -- this just might be the winner!

THESE ARE ACTUAL SCHOOL ABSENCES (SUPPOSEDLY) FROM PARENTS -- INCLUDING SPELLING.

*My son is under a doctor's care today and should not take P.E. today. Please execute him.

*Please excuse Lisa for being absent. She was sick and I had her shot.

*Please excuse Gloria from Jim today. She is administrating.

*Please excuse Roland frrom P.E. for a few days. Yesterday, he fell out of a tree and misplaced his hip.

*John has been absent because he had two teeth taken out of his face.

*Carlos was absent yesterday because he was playing football. He was hurt in the growing part.

*Megan could not come to school today because she has been botheres by very close veins.

*Chris will not be in school because he has an acre in his side.

*Please excuse Tommy for being absent yesterday. He had diarrhea and his boots leak.

*Irving was absent yesterday because he missed his bust.

*Please excuse Jim for being. It was his father's fault.

*I kept Billie home because she had to go Christmas shopping because I don't know what size she wear.

*Please excuse Jennifer for missing school yesterday. We forgot to get the Sunday paper off the porch and when we found it Monday, we thought it was Sunday.

*Sally won't be in school a week from Friday. We have to attend her funeral.

*My daughter was absent yesterday because she was tired. She spent a weekend with the Marines.

*Please excuse Jason for being absent yesterday. She was in bed with gramps.

*Gloria was absent yesterday as she was having a gangover.

*Please excuse brenda, she has been sick and under the doctor.

*Maryann was absent December 11-16, because she had a fever, sore throat, headache, and upset stomach. Her sister was also sick, fever and sore throat, her brother had a low grade fever and ached all over. I wasn't the best, either, sore throat and fever. There must be something going around, her father even got hot last night. 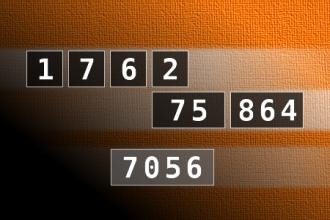 #joke #doctor #december
Joke | Source: Jokes - Used to be - Pacific products joke of the day, but site no longer works.


The following is supposedly a true story. To be included, besides being true, the story is most likely strange, weird, surprising, or funny.
December 18, 1992
Three maintenance workers in Alexandria, Ind., fixed a massive street-flooding problem in October when they pulled a 200-pound hairball from a manhole. Said one of the men, "We thought we had a goat."

Management has determined that there is no longer any need for network or software applications support.(See below)

The goal is to remove all computers from the desktop by December 31, 1999. Instead, everyone will be provided with an Etch-A-Sketch. There are many sound reasons for doing this:

2. No technical glitches keeping work from being done.

Q: My Etch-A-Sketch has all of these funny littlelines all over the screen.
A: Pick it up and shake it.

Q: What's the shortcut for Undo?
A: Pick it up and shake it.

Q: How do I create a New Document window?
A: Pick it up and shake it.

Q: How do I set the background and foreground to the same color?
A: Pick it up and shake it.

Q: What is the proper procedure for rebooting my Etch-A-Sketch?
A: Pick it up and shake it.

Q: How do I delete a document on my Etch-A-Sketch?
A: Pick it up and shake it.

Q: How do I save my Etch-A-Sketch document?
A: Don't shake it.

#joke #december
Joke | Source: Jokes - Used to be - Pacific products joke of the day, but site no longer works.

Failing to operate a union toy shop, and not paying your elves and dwarfs the minimum wage, provide paid vacations and wages at time and a half for more than 40 hour work weeks, or meeting the standards of the Worker's Compensation Boards Failing to transmit unemployment insurance payments, income tax deductions and Canada Pension payments to the proper authorities on behalf of your employees

Failing to file a flight plan for your travels

Illegally competing with the Canadian Post Office, and possible breaking drug laws by administering an unauthorized drug to Rudolph to make his nose light up

And finally, parking in a no parking zone, namely rooftops, and having no record of either a driver's or pilot's licence ever being issued to a Mister Claus in any of the ten provinces and two territories.

Faced with all these accusations and understanding their severity, have you any statement to make before I . . . wish you a . . Merry Christmas, a Happy New Year and dismiss these charges?

Diary of a Snow Shoveler

Best Videos of the Month December 2015 - Enjoy all the best viral videos of December 2015 in this awesome compilation! We ended the year strong with massive cats, genius self defense techniques, and more. - link to page video is posted initially.